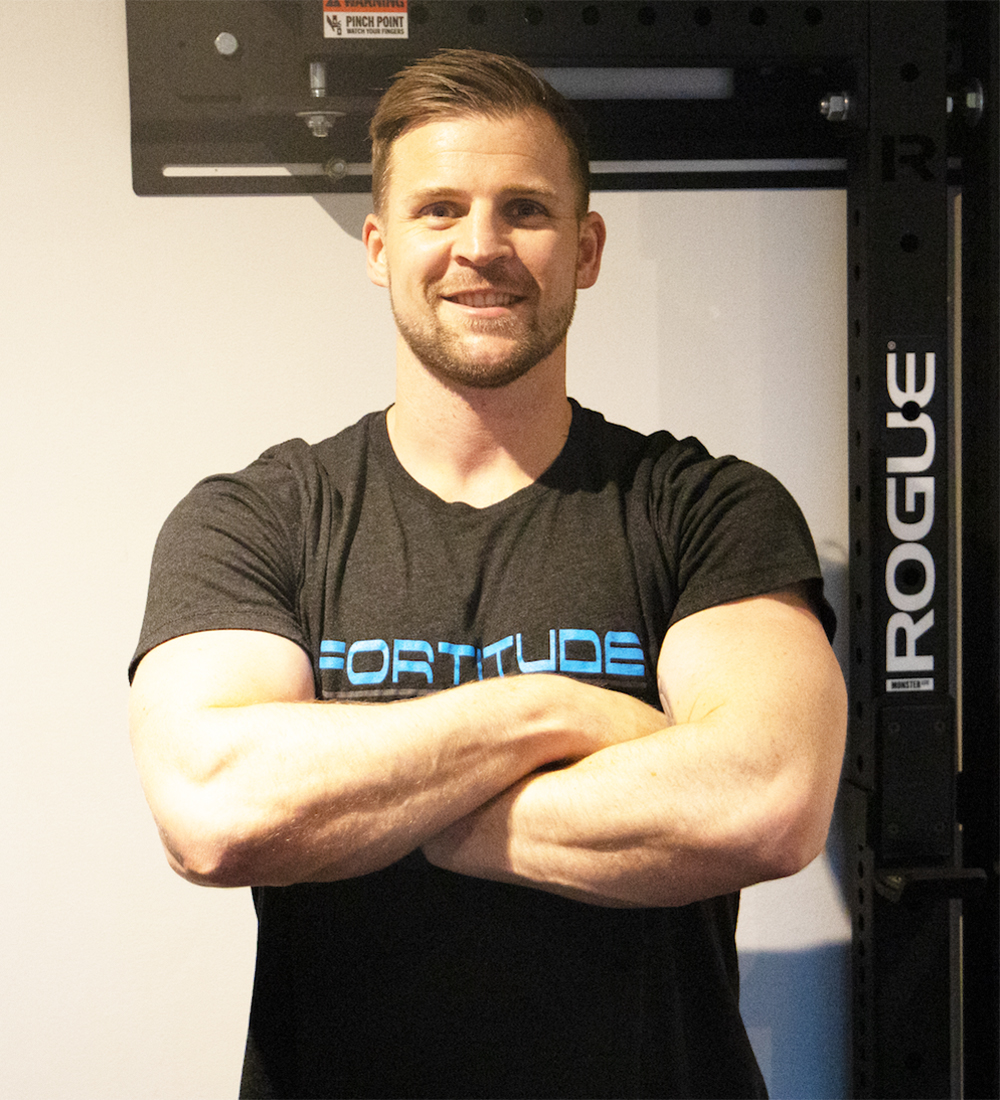 Age: 33
Hometown: Yeovil, Somerset (Has lived in Portsmouth for 9 years)
Favorite Movement: Clean & Jerk
Hobbies: Working Out (with good people around me), Rugby, Boxing and spending time with my wife, Rachel and 2 children, Austin and Maddison.

Paul is passionate about: People, Coaching and Development of Self and Others.

Paul is a Level 4 Strength and Conditioning Coach with over a decade of experience as a Physical Training Instructor at the forefront of PT and Sport delivery in the Royal Navy. A natural leader, with a plethora of knowledge and an advanced skillset as an exercise professional. Paul was handpicked to become a Lead Instructor at the Royal Navy School of Physical Training, to train and develop the next generation of Military Exercise Professional during a period of change management in order to redevelop and advance PT Syllabus delivery across the entire RN, in order to meet the 21st century operational tempo and output of the modern day Sailor.

During his time in Service, he has worked across a broad spectrum of delivery from training recruits in basic training to delivering exercise and fitness onboard frontline operational platforms. He has delivered the health and wellbeing agenda at all levels and developed tri service and special forces endorsed strength and conditioning programmes to reduce the effects of Maritime Whole Body Vibration *(MWBV) for Coxswains, Special Forces and Maritime Police operating and transiting aboard Rigid Inflatable Boats (RIBs) into hostile environments.

Quite simply, he was one of the Military’s finest, promoted at every rank as soon as eligible. Paul has now decided to pursue his passion for coaching and developing others, where he hopes to excite, educate and inspire all types of individuals across a wide range of abilities.  With the sole aim of coaching people to move well, move often and move with purpose

Paul’s sporting background lies predominantly in contact sports and in particular Boxing, where he was crowned UK Armed Forces Champion 4 years consecutively and has been fortunate enough to represent his Country. His last role in the RN was as the Fulltime Elite Head Coach for the Royal Navy & Royal Marines Boxing Team. He has coached for England Boxing from 2015-17 and has been selected as an Emerging Performance Coach for GB Boxing. He has a passion for Coaching that is quite simply unrivalled. 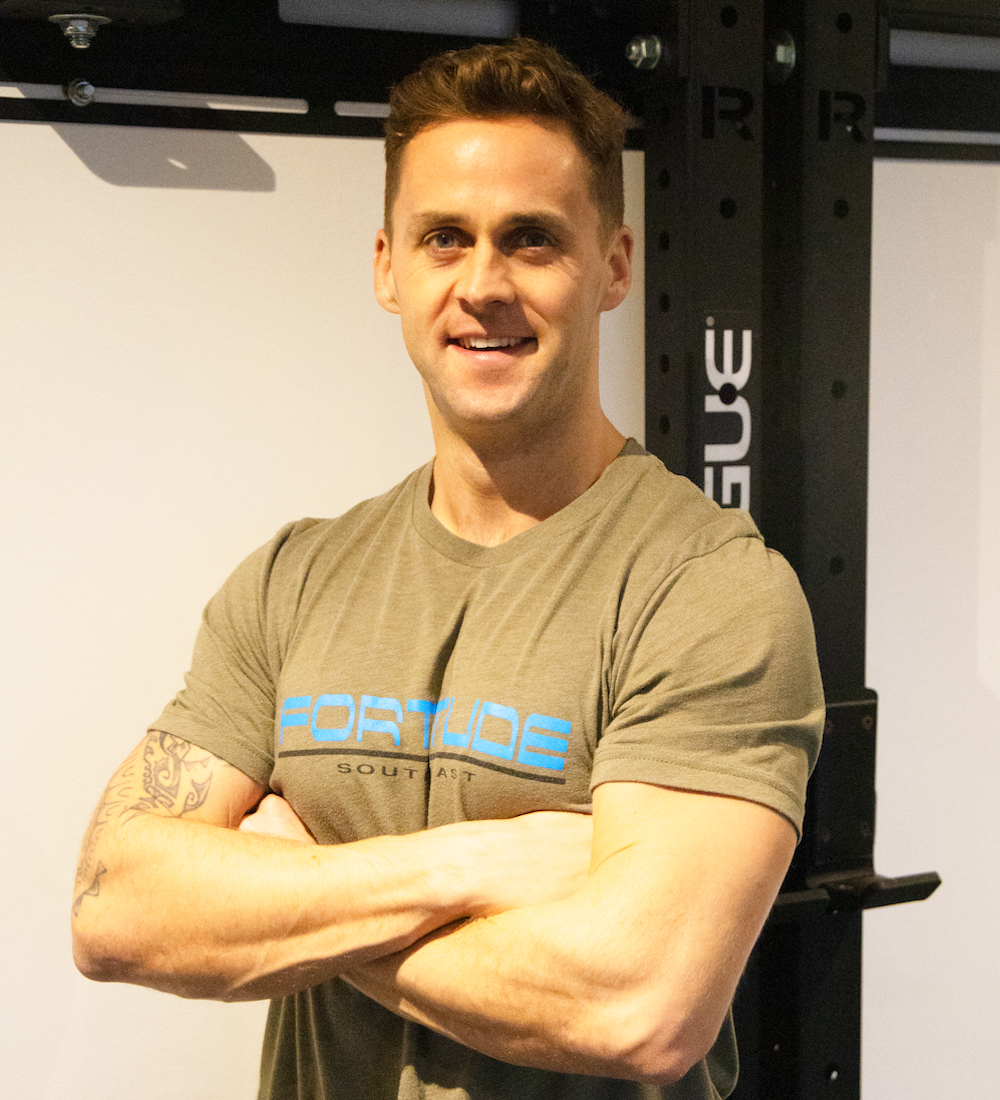 Karl is passionate about: Programming for clients and athletes, working with sports teams and reading as many books as he can.

Karl has over 15 years of experience in the Royal Navy, 12 of those as a Physical Training Instructor where he has been responsible for the delivery of physical training across a wide spectrum throughout the Navy. Ranging from bomb disposal military divers, the Royal Navy’s Leadership Academy to more recent front line operations in Bahrain. All with a common goal, making people fitter, healthier and more robust for their roles within the military.

He continued to excel in every position he held, being promoted swiftly through the ranks to Chief Petty Officer Physical Trainer. Similar to Paul, due to Karl’s innovative skill set and ability to develop and inspire others, he was handpicked to become a Lead Instructor at the Royal Navy School of Physical Training. Where their sole purpose was to produce exercise professionals of the future with the ability to deliver physical training across all environments. It was also during this time where they both started out on a journey which would lead to where they are today, delivering and prescribing exercise ‘Their Way’……….’The Fortitude Way’.

Throughout his military career he was Head of Strength & Conditioning for the Royal Navy Rugby Union (RNRU) during 2013 – 2018, before taking on the role as Performance Director during 2016 – 2018. He was fortunate enough to be appointed the Head S&C Coach to Malta RFU between 2014 – 2017. Throughout this period he studied at Marjons University where he was awarded a BSc Hons Degree in S&C. In 2019 Karl switched sports to Boxing to work as the Strength and Conditioning Coach alongside Paul, changing the dynamics from team sports to an individualised sport.

Karl’s background was predominantly football, where he played county level football for Northumberland. In 2011 he was introduced to the sport of ‘CrossFit’ and was privileged to represent Team UK at two consecutive CrossFit Regional Events in 2012 and 2013. Throughout the period 2012 – 2020, he competed in 4 x Armed Forces Throwdowns where he never finished less than second place, taking home 2 x first place finishes. He has now retired from competing (although the master category is on the horizon) and has his sights firmly on coaching with the aim to help others to move well, move often and move with purpose.